“Our area experienced similar cooling off as is being reported by other real estate markets in the Golden Horseshoe area,” said RAHB CEO George O’Neill. “Local sales were lower not only compared to March of last year, but also compared to the 10-year average for March.”

The average price of freehold properties declined by 15.5 per cent from March 2017; the average sale price in the condominium market decreased by 1.6 per cent compared to the same period.

Average sale price is based on the total dollar volume of all properties sold through the RAHB MLS® System. Average sale price can be useful in establishing long-term trends, but should not be used as an indicator that specific properties have increased or decreased in value. Contact a local REALTOR® for information about your specific neighbourhood or property.

“This is the first time in awhile that we’ve seen the average sale price lower than the same month the previous year for both freehold and condominium properties,” added O’Neill. “The condominium market is experiencing less of a drop – not even two per cent – and in fact, the median sale price is still almost one per cent above where it was last year.”

The average number of days on market rose to 26 days from 17 days in the freehold market and increased to 29 daysfrom 19 days in the condominium market, compared to the same month last year.

“For the general downward trend in the numbers comparing March 2018 to March of 2017, we have to keep sight of the bigger picture,” noted O’Neill. “The sales-to-new-listings ratio is still at 60 per cent for the residential market, which is generally considered the line between a balanced market and a seller’s market. In addition, theaverage days on market is at a comfortable level, providing buyers and sellers time to make informed decisions.” 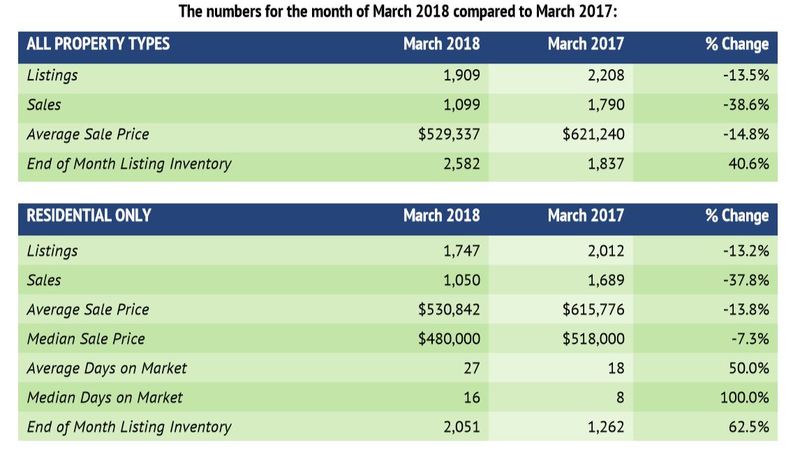 Every community in RAHB’s area has its own localized characteristics that influence that market. Please ensure youcontact a local RAHB REALTOR® for professional advice. 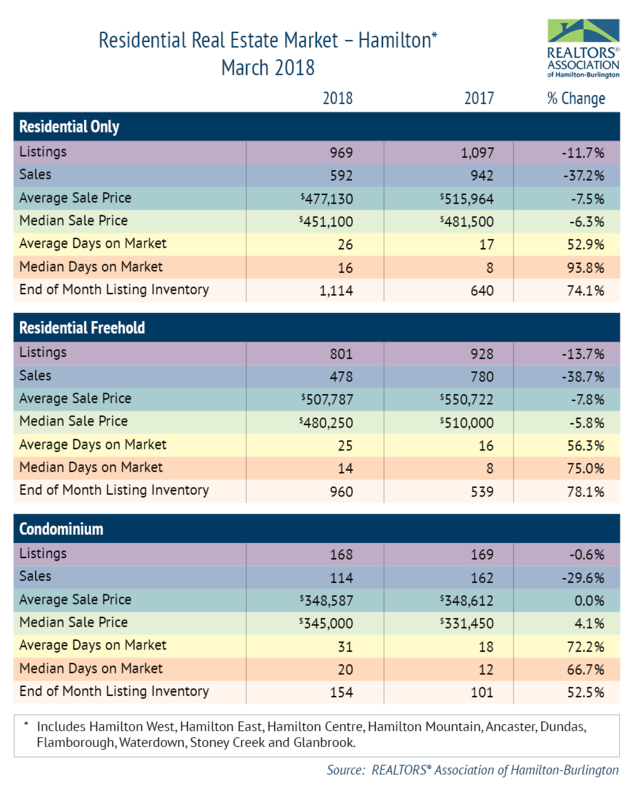 No comments have been posted yet.