Explore some of Hamilton's most popular communities. 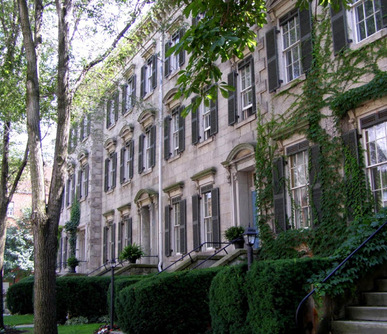 One of the most sought after neighbourhoods in Hamilton, the southwest stretches from James Street to Cootes Paradise. Walking distance to downtown, it includes the diverse neighbourhoods of Durand and Kirkendall. The southwest is best known for trendy Locke street (filled with bistros, shops and salons) and the Chedoke Golf and Country Club.

Durand contains possibly the largest concentration of early 20th century castles and mansions in Canada, Historically home to Hamilton's "industrialists" Durand housed the families whose names graced the signs of Hamilton's north end factories. Today, these grand homes can sell for upwards of one million dollars.

Architechture styles include Tudor, Georgian and Edwardian, and most homes are over 100 years old. 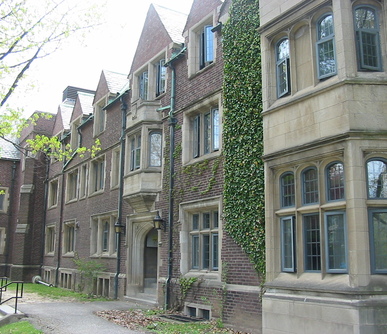 Westdale was Canada’s first planned community. Begun in the 1920’s, It was intended to be a self sufficient community, and remains so today, with banks, grocery store, schools, library, theatre and shopping all located at the centre of the neighbourhood in the quaint shopping district of Westdale Village.

Today Westdale is a diverse and lively place, with both vintage charm and contemporary flair, containing a remarkable range of over 80 shops, restaurants, cozy cafes, unique boutiques and old-style bakeries along(and just off) King Street West, not far from downtown Hamilton.

Westdale was almost known as Vimy Ridge – for the World War I battle fought just six year before the community was built. 6,000 Hamiltonians entered a contest to name the new community. In 1923, the winning entry was announced -- and Westdale got it. 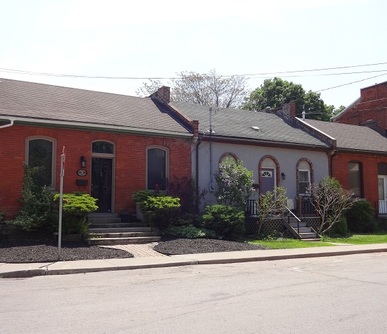 One of Hamilton’s oldest neighbourhoods, Corktown is bound by James Street South to the west, Main Street to the north, Wellington Street to the east and the Niagara Escarpment the South. Corktown received its name from County Cork in the south of Ireland, ans was the major embarkment point for many Irish Canadians.

Most homes are built closely together  from the unique red brick still found in the area. Today, Corktown is home to approximately 7,500 residents.

Interesting fact: The famed Corktown Pub, one of the contry's oldest Irish hangouts, was built in 1888 and has been operating as a pub since 1931. It is the oldest licensed establishment in Hamilton. 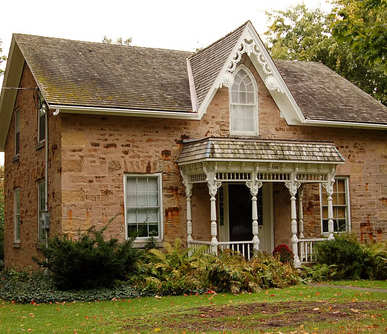 Perched atop the Niagara Escarpment, just east of Highways 5 & 6 (Clappisons Corners) Waterdown is bordered by Flamborough to the North, Dundas to the West, and Burlingon to the East. Waterdown became part of Hamilton in the 2001 amalgamation. Previously Waterdown was considered part of  East Flamborough Township.
Waterdown is one of Hamilton’s fastest growing communities, with 1,130 New homes built from January 2008 to June 2013, and they haven’t stopped building! The majority of new homes are single detached homes & urban towns.
Today Waterdown is a masterful blend of new-town development and old-world charm, the ebb and flow of everyday life is made simple in this picturesque, Victorian village. People move to Waterdown for it’s affordable price and small-town atmosphere.
What's Here:
• Easy access to the QEW, 407, 403 and Highway 6
• Great Access to GO service (Aldershot GO Station)
• Wetlands trails (with informational signage), Grindstone Creek & Grindstone Falls
• Village Theater Waterdown
• Waterdown Village
• Clappisons Corners
Interesting Fact: The last operating saw mill (Slater's Lumber Mill) continued to produce lumber well into the 1970s. It was located along the Grindstone Creek behind the Knox Presbyterian Church at the corner of Mill Street North and Church Street. Today, only remote foundation ruins of the mills remain, although a lookout over the falls is in place.

Located on the Niagara Escarpment west of Hamilton, Ancaster is one of five communities absorbed by the city of Hamilton in 2001. Ancaster mixes old town atmosphere with new home neighbourhoods, and is known for it’s many luxurious homes and the quaint stone village at its core.

Founded in 1793, Ancaster is one of the oldest European communities established in Ontario and has a rich industrial, agricultural and military history. In the age before electricity, the abundance of streams and creeks in Ancaster were a valuable source of energy.

Interesting Fact: Ancaster was once Upper Canada's largest industrial and commercial center with the 2nd largest populace (1,681) - surpassing the populations of nearby Toronto (1,376) and Hamilton (1,000).After the 1820s, Ancaster's influence began to wane.

Today, Ancaster is home to 33,00 people, and population growth in Ancaster is the highest amongst the five Hamilton's communities and has double the growth rate of the province of Ontario. 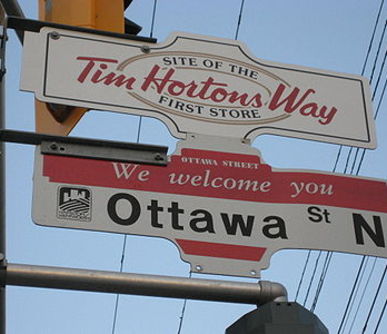 Bordered by Gage to the east, Kenilworth to the West, Burlington to the north and the escarpment to th south, Crown Point is the westernmost part of what is now known as the East End. The East End was originally rural land belonging to Barton and Saltfleet Townships. The City of Hamilton annexed tha area in sections in the first half of the 20th century.

Crown Point is a vibrant  lower town community in the midst of a renaissance. Best known for the Ottawa Street Fabric & Textile district and antique alley. Featuring everything from smaller starter homes, to larger 2-1/2 story brick houses nestled at the foot of the esparment.